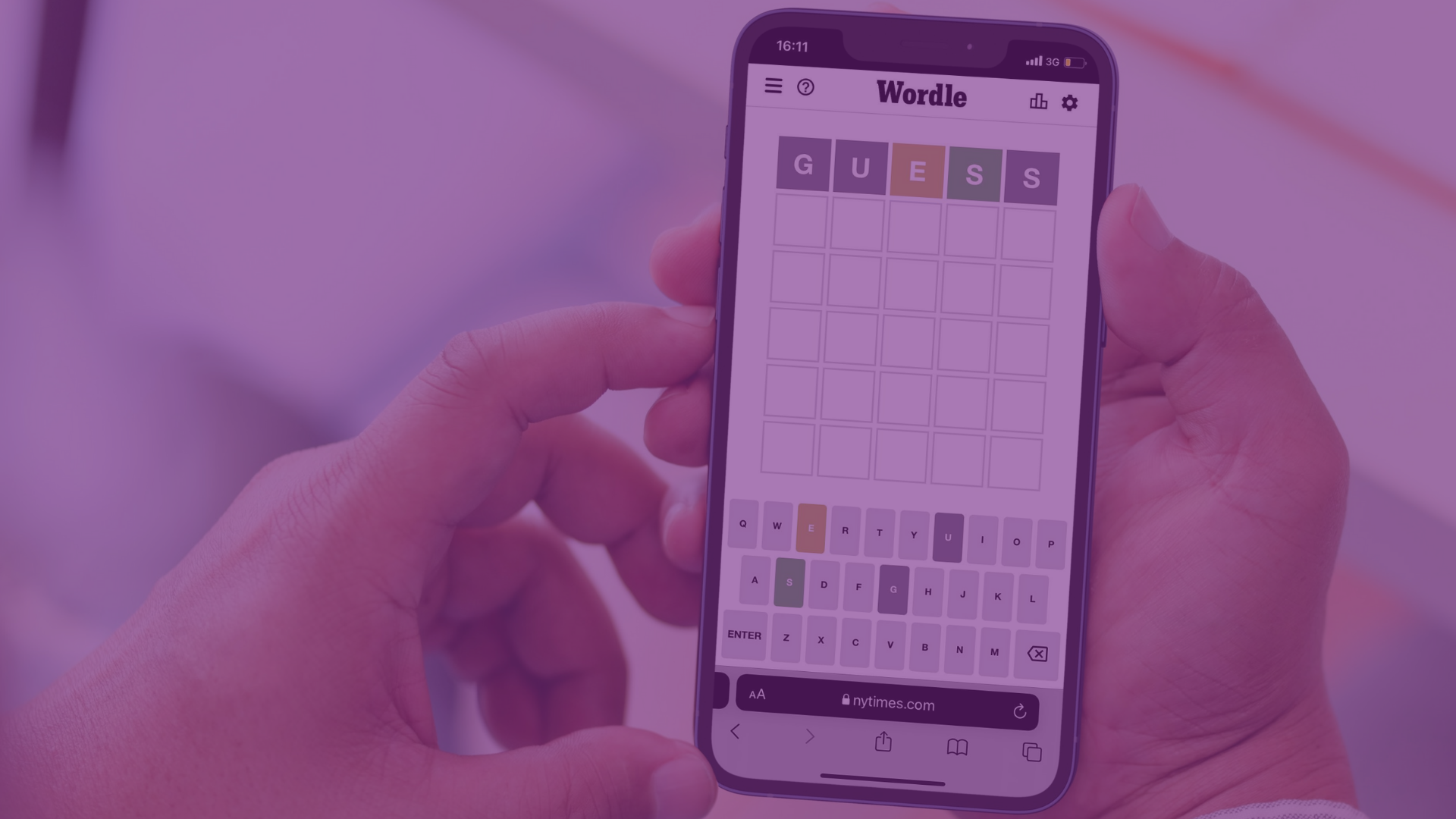 Wordle is taking over the internet, and we’re loving it!

If you haven’t been living under a rock, you’ve probably noticed the new craze taking the internet by storm: Wordle! Here in the Whitewall office, we’ve become obsessed, and sharing our winning streak has become a lunchtime ritual.

It may come as a surprise to learn that the sensational word game was originally created for an audience of one, as Welsh software engineer Josh Wardle created it for his word-game-loving girlfriend. But Wordle has since been played by millions worldwide, with New York Times acquiring the web-based sensation last month as part of their bid to gain subscribers.

So, how do you Wordle?

Users have six attempts to guess a five-letter word. To play, type your guess into an empty grid and watch as the letters change colour to signal which letters are in the right space (or not!).

Each guess must be a real five-letter word, so no AEIOUs allowed! If your results aren’t impressive enough to share to your socials, don’t worry – each day brings a new Wordle opportunity. 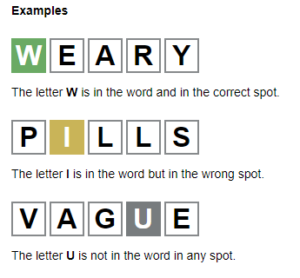 With multitudes of Wordle-inspired games, there really is something to suit everyone.  There are at least 67 variations of the game, from Heardle (for the music-lovers), to Worldle (for geography geeks) and Nerdle (for the sum-lovers) to Sweardle (yes, this is real!).

What started off as a simple word game has been adopted by fanbase communities worldwide, with the likes of the Taylor Swift inspired Taylordle and Tolkien-inspired Lordle of the Rings. In these two, the rules of Wordle still apply, but users must put their superfan status to the test by combing through their Swiftie or Tolkien vocabulary to guess the correct word.

Companies have even jumped on the bandwagon and created their own version of the game to promote their businesses (Airportle and Pawrdle), or podcasts (see Taylordle). With its popularity spinning out of control in recent months, it’s no wonder creators have picked up on the trend and begun using it as a way to engage with their target audience.

Fancy making your own? Let us introduce you to Custom Wordle! Keep the fun going by sharing your very own daily Wordle with friends. This is great for the eager Wordlers as it saves waiting around for tomorrow’s challenge. The opportunities are endless.

What would you Wordle?

Why do we love them?

Wordle is a favourite in the Whitewall office, with some loyal to the OG word game, and others diving into the newer iterations.

Our Account Coordinator, Heather, is a lover of word games so enjoys her daily Wordle, but her strong point in maths does mean she is partial to a Nerdle! The strategising and problem-solving makes it a good way to get your brain going on your morning commute.

For the musically-minded like our Designer, Mark, Heardle offers a chance to put your music brain to the test by guessing a song in the first few seconds. However, it doesn’t have a full library of every song ever made – so it’s difficult when you think you’ve got it nailed in one second, only to realise the song that’s stuck in your head isn’t an option! But this can come in handy as it saves any wasted guesses for those keen to keep their tries to a minimum.

Our Account Executive, Lucy, introduced the office to the enigma that is Worldle. This one is particularly tough for those who consider themselves a little geographically-challenged, but it’s one variation of Wordle that you can genuinely learn from! It’ll show you the outline of a random country and, after each guess, you’ll see how far away you are in kilometres. Or, if you’re a geography whizz, you might be able to get it in one! We know it’s easy to pull up Google Maps, but the hints help you to put your mental map to the test.

But it doesn’t stop there! With almost 70 variations (so far!), there’s sure to be a Worldle you like the look of. What about a twist on the classic crossword, or a quadruple Wordle, where you have to guess four words at once?

Take a look at some of the other versions we’ve come across. Happy Worlde-ing!