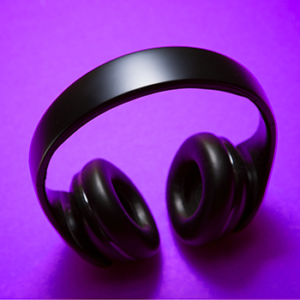 There are a lot of music fans in the Whitewall office. In a city like Glasgow, that’s to be expected.

From the Barrowlands, the Hydro and King Tut’s to newer spaces like SWG3, the number of music venues in Glasgow reflects how dear music is to our hearts. And, judging by the level of excitement in our office when BRIT Award nominee Tom Walker played at the Concert Hall the other week, the Whitewall team definitely boosts the trend.

Opinions on the nominees for this year’s BRIT awards on 20 February (Tom Walker included!) revealed where musical tastes divide the Whitewall office.

Our newest team member (welcome, Mark!) recently observed the relative level of harmony regarding the choice of music in the WW office. We must have been on our best behaviour that week as the friction that can be caused by music in our office is real…

So we thought we’d take a look at the most common types of music fans in offices. The list isn’t comprehensive but is bound to ring true across the country.

People’s music tastes will always differ and evolve – age, gender, tempo, genre and even your current mood can affect what you like or don’t like.  Everyone who has ever worked in an office will have come across the controversy, the joy and the misery of the office music. In years gone by, the arguments centred on what radio station to tune in to but, in the era of online streaming, we now have unprecedented access to music, so everyone is now a tastemaker. Whether you listen to broadcast radio, online radio or playlists, there will always be someone who isn’t happy.

The pop fans are usually happy with BBC Radio 1. They will know who’s on X-Factor and are happy in the mainstream of music culture. They are as content to listen to a playlist of pop classics as they are with Radio 1 – they know the words to all the chart songs and who the celebrities on our screens are.

Most likely to say: “OMG! Little Mix are on the Live Lounge, we HAVE to put it on!”

The music snob will almost always complain about the choice of music. They’ll make comments about how poor everyone else’s choice is and will always suggest BBC 6Music. Even when they get their choice of radio station, they’ll still make comments about how rubbish 80% of the songs are, because the DJs and producers don’t have the same understanding of music that they do. The music snob is happiest when they are allowed to put their headphones on and get to listen to the albums of their choice, where their internal monologue is the only commentary. Even when they listen to music that they do like, they’ll still skip songs on the album because “it’s not as good as side two of their debut…”.

Most likely to say: “I can’t believe anyone would like this rubbish.”

The metal guy (and it’s almost always a guy) is the one person who rarely gets to listen to anything they enjoy while at work. They can’t understand why they aren’t allowed to put on a “poppy” album like Metallica’s And Justice for All on a Monday morning. They’ll sit in silence throughout the office’s choice of music, and this will fuel the discontent that brings them to listen to heavy metal the second they leave.

Most likely to say: Nothing. They know their place and will either stick their headphones in or sit raging at the choice of music blaring from the office speakers.

The “I’m happy with anything” brigade

In my time in offices, this tribe are the norm. They will be content with most things and will exclaim “I’m happy with anything!”. This is true until you find something they don’t like – and then you’ll know about it very quickly. This bunch are the people who will most vocally shut down the music snob and the metal guy.

Most likely to say: “Do we REALLY have to listen to thrash metal?” when referring to the Foo Fighters.

The outliers are the ones you never expect. These people defy normal demographics and perceptions of what type of music they might like. They’re easy to spot – you’d never know that Doris from accounts, who spams the office mailing list with pictures of her grandkids, is a Stormzy fan until you see her mouthing along every word when he comes on the radio. They’re not restricted by genre either; there will be closet fans you’d never expect for all sorts of music – techno, metal, pop, country… Even the music snob and the metal guy might surprise you with their love for Madonna, Michael Buble or even Beyonce!

Most likely to say: I LOVE this one! to gasps of surprise around them.

Despite this, we’re a pretty harmonious office when it comes to music – summed up quite succinctly on our Slack feed just today… “Nameless Music Snob, I love it when you work from home because I can listen to S-Club – but it’s not the same without you complaining about it!”.

Recognise any of our types in your office?

Mastering the shared office playlist was last modified: March 8th, 2019 by Carolina Kennedy
Menu
We use cookies to ensure you get the best experience on our website. Read More